PIN-GOLF is a fun, new way for people to compete individually and play in teams, encouraging more-skilled players to help those new to the sport. We will play a round of 5-6 “holes” of golf on different pinball machines, each with its own objective, and the players who reach each machine objective in the lowest number of balls played, will record the better scores. The team with the best overall (low stroke) score will win the team competition. However, individual results will be reported to the IFPA for international ranking.

There will be team-based competition, putting experienced with non-experienced players so everybody will have fun.  Over half the participants will leave with a trophy! 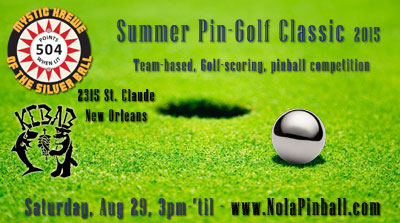 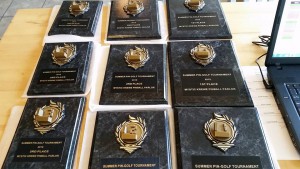 The venue is the Mystic Krewe Pinball Parlor at 2315 St. Claude Avenue in the St. Roch area of New Orleans.  The space is shared with an amazing restaurant/bar called “Kebab” and they have awesome food, so feel free to come early and have a great lunch!

We will be using the games that are in the MKPP as of now, possibly with one unknown one. So you can practice on the games any time until the day of the tourney. As long as there are no malfunctions, we anticipate using the existing games in the space for the tournament.

NOTICE: Because of this format we are limiting the number of registrants! People will be put in teams of 3-4 and prizes will be per team. Be sure to register early to insure your spot!

Since this is a public venue and a restaurant/bar, no outside food or drink will be allowed, but there will be plenty to eat and drink in the place . 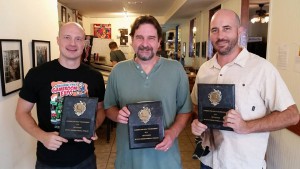 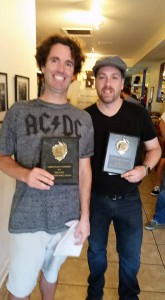 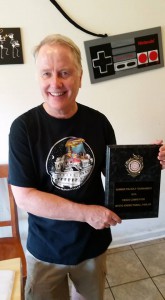 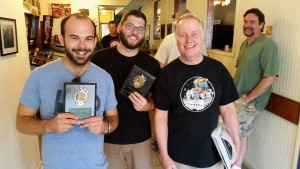 Any additional comments or questions send an e-mail to tournaments at mystickrewe period com.